What do we do in The T-Exchange? 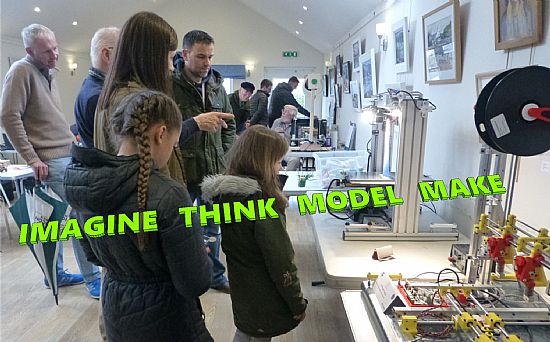 And take part in Science Festivals 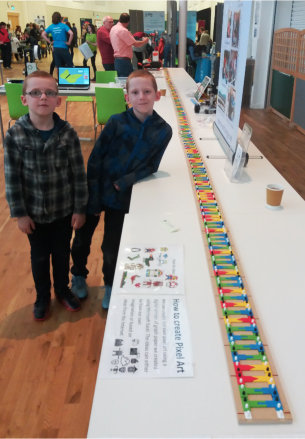 About 30 young visitors to the festival on Family Day in Kirkwall Grammar School built a model DNA molecule 9.6m. long.

The model was constructed from 1,152 components and must have been the longest model DNA molecule in Scotland that day....

The  Inverness Science Festival Sat 11th May 2019
Here is one of the quieter moments at The T-Exchange stand. 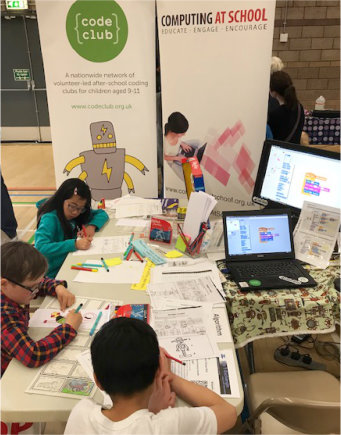 This year the Festival Family Day was busier than ever with over 1,800 visitors of all ages.  Perhaps one of the most popular offerings was the three Organic Orchestra instruments; The Carrotene (piano), the Percolator (drums) and the Rhubarbium (tubular bells).  As full volume from the three 200Watt amplifiers was a bit much for the older adults the volume controls were regularly turned down, only to be turned up again, after a little while, by younger adults...   As these instruments appear to work by magic, explaining the function was a challenge.

The more academic visitors quickly moved on to the Coder Dojo and Code Club section (see left), where a lot of concentration went into code design, the graphical programming language 'Scratch' and other teaching technology.

An 'Ender 3' 3D printer was demonstrating how to print "Smoothies" for blowing bubbles inside bigger bubbles.   These were a small part of the entertaining performance by highly skilled bubble maker Philip Noble at the next activity.

Most importantly,  The T-Exchange stand was well supported by members with 11 taking part, including 3 Juniors.

What a GREAT Fun Day!

Founder Member, Maarten de Vries returned to render a talk on music synthesisers; with sound effects.  i.e. with the support of eight or more (it was hard to tell) boxes of electronics and audio amplifiers.

This turned out to be not so much a talk as a full-bloodied tour de force, covering everything from the first Moog synthesisers via East versus West Synth Style (look it up) to the latest cutting edge devices.

We were all a bit stunned by the performance, not so much by the electronics (we're used to that) but by Maarten's incredible skill at twiddling the multitude of knobs and switches with microsecond timing.  Wow!  He even finished up with an electronic chanter, which supported by the synthesisers filled the room with a hundred pipers an' aw' an aw'(or was it awe)

Maybe the image below gives you some idea of the impact the evening made on the members. 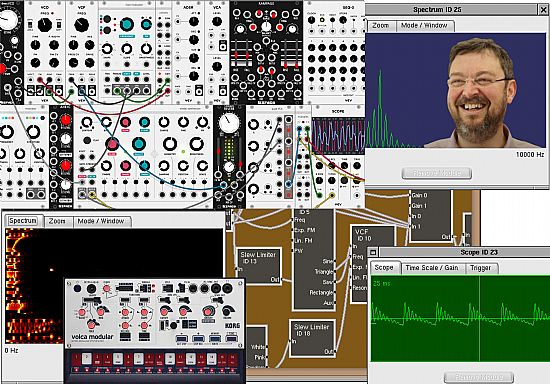 Recently, we welcomed two visitors from the European makerspace movement VULCA,  Alexandre (on the left) and his colleague Clemence (second from the right). 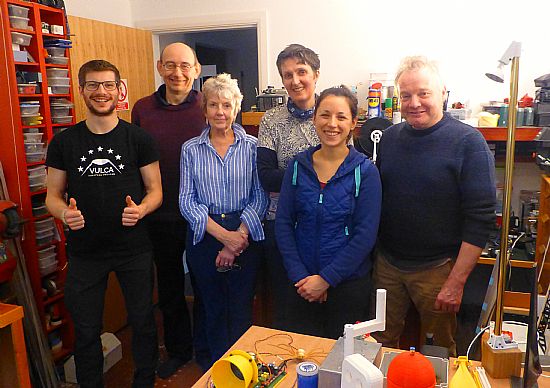 TThe  visitors met with our trustees and filled us in how makerspaces were growing across Europe.  The Vulca Makers Mobility Program had over 100 volunteers from European makers pace who had collectively visited over 250 makerspaces in Europe.   We were informed about an earlier European Commission study that had visited 28 countries and generated a report Available here.

A map extracted from this report is reproduced below. 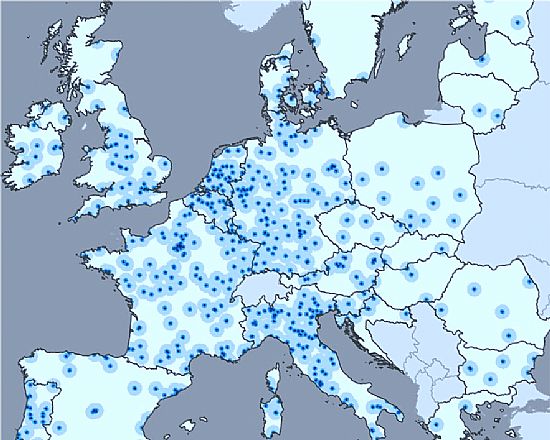 Would discussion with like or even unlike minds help you to make stuff ?
Are you interested in advanced technology such as:

Would you be prepared to exchange your own skills with others ?
Are you green or ANY other colour?

If you have said “Yes!” to ANY one of the above then:-

YOU ARE NOT ALONE!

Makerspaces and hackerspaces for the likes of us are being formed around the world. 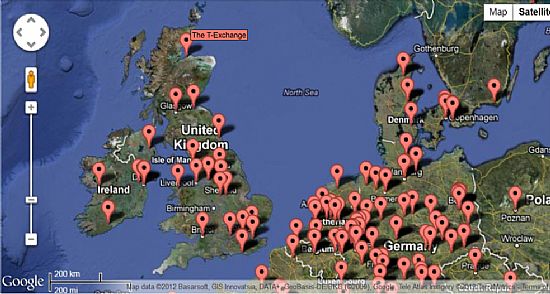 Go to our  WHO ARE WE?   page for more information 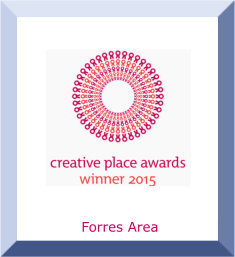